We are Matt & Brandy Nichols, on the literary frontier. These are our stories. We hope you will enjoy them.

Matt sat on his bed, his eyes locked onto a white screen. The blank document mocked him. Ideas fluttered across his mind; some adventurous, some depressing and some that were private. Every now and then an idea would find its way to the page, only to be returned. 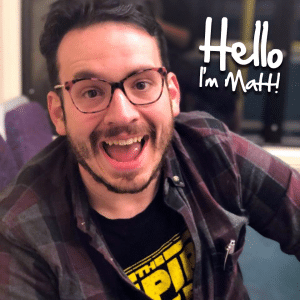 So, he went back to what he had been doing all night, binge-watching Dungeons and Dragons YouTube videos.

After a while, another attempt was made. This time, he continued old stories that he had started when he had the motivation but had lacked the perseverance to finish them. Again, ideas came and went like a cat who couldn’t decide to be in or out. There was even a fervent desire to erase all words that he had written and restart, but that would be as useful as a cat knocking things over.

This was not the first time he had been like this. It had become a pattern that was hard to break. He spiralled. This was not great for a beginner writer to be in. Without practice, there was no chance to get better. But with no motivation, there was no action. But where to find it?

The answer would come eventually, but first, he had to deal with a headache caused by staring at a bright screen for hours. Man, he was such a millennial.

The solution: Coffee. Coffee is always the solution. Stuck on an ending? Coffee. Flat characters? Coffee. Crippling anxiety brought on by too much caffeine? Of course, coffee. But alas there was no coffee around. A coffee run was needed.

The moment he stepped outside, the bitter winter winds and mist chilled him to the bone. The winter sun had not yet peered its head above the horizon, so only the dullest of moonlight shone over his path. He had no other choice. Coffee, or die in un-productivity. So, with any adventure, he started with a single step. The journey was long, but he distracted himself by elaborating on some random novel idea. If anyone had seen him, they’d have undoubtedly seen a madman.

“That doesn’t sound right,” he cried on several occasions.

He thought about his Writing Masters. No, not the writing legends of old, but the post-graduate course he had started almost a year ago. It had been so easy for him to write. Why? And then it struck him, like a lightning bolt.

He needed a purpose.

He would create a blog to publish his work, a platform for all the world to see. He had tried something similar earlier this year, with some success, But fears consumed him, afraid what others may think. Without an audience though, a story has no purpose. And a purpose was what he needed most.

And so another writing blog was born, but this one would be called something extraordinarily clever and punny, with a new story a least once a fortnight, a date and time to be decided. Also he’d get a friend, a marketing guru who knew something about design and marketing.

So, with a hot mocha in one hand and a sausage, egg and cheese muffin in the other, he began to write. How he managed, that is a mystery. 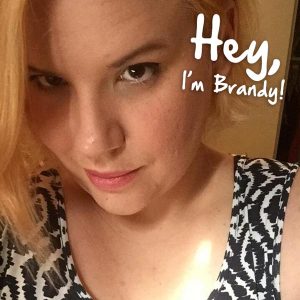 Once upon a time, there was a beautiful … Yeah. Nah. I’m no writer like my husband, but I do have a love for reading. Growing up, I never seemed to have a book out of my hands. I learned to read at such a young age that I don’t remember learning. I do remember reading Happy Birthday, Moon for my kindergarten class and the teacher being pleased I could already read. The book is about a little bear who decided the moon needs a hat, gets a big black top hat, and places it in tree branches for the moon to wear. It’s adorable and a classic children’s book. I wanted to be a librarian as a kid, and as an adult still, harbor a story desire to go back to school and study for it. I can’t imagine a more fulfilling career than being surrounded by books all day.

I had moved on to chapter books by the first grade. By the third, I’d read every book in the house, including the Doctor’s Book of Home Remedies that seemingly every household in the 80’s-90’s possessed. I also started to get into trouble for reading at night when I should have been sleeping. I also got into the habit of re-reading. It turns out I also read unusually fast and memorize a great deal of it. To this day, I still have to hold myself back from immediately starting a favorite book over and, you know, trying something new.

In high school, I went through the typical “2 kewl for skewl” phase (actually a total lie, but I was definitely a poser and didn’t want to be seen reading as I had been). I happily threw myself into school projects, sonnet analyses, and the required reading for my classes, but I did very little recreational reading until my third year of high school. Then I could be much more mobile, travel to our nearest city, and go to bookstores to my heart’s content. I couldn’t buy every time, but just being there was good enough. Relapse.

I didn’t immediately go to college after high school. I took several years off, then waffled about what I would study, eventually settling on English. The required literature and writing classes were pure joy and everything I had ever dreamed of. After leaving college, I found a job teaching English in China. Teaching young children to read brought me a great deal of fulfilment. I firmly, 100% believe the invention of the written word is the most important thing we as humans have ever created. Where would we be without the ability to firmly and truthfully pass on a correct record of what we know and what we do? Doctors couldn’t treat patients. Engineers couldn’t build. Scientists couldn’t invent.

The written word is humanities legacy, and I’m only too happy to share a little piece of my own.