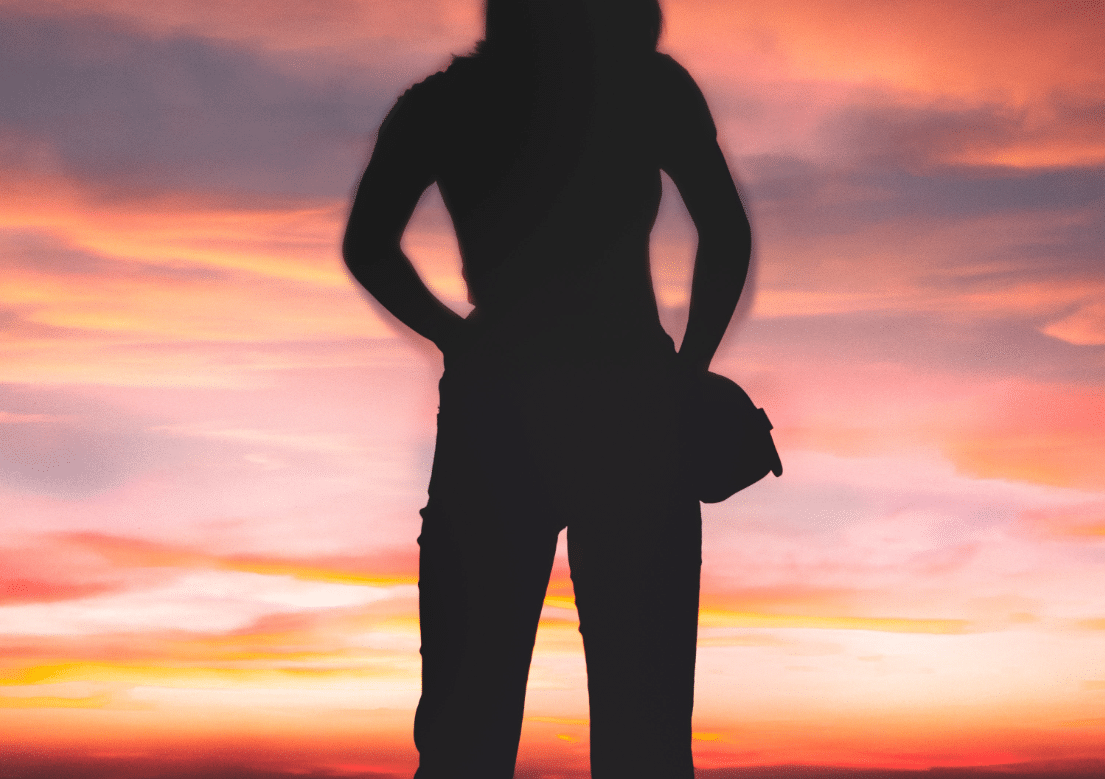 This post is the second of my identity theme series. In my first post, I gave a brief explanation of what identity themes were and how I was going to use them in this project. However, I didn’t make it clear why I’m using this character creation strategy. If you look at most of my stories, I try to be as diverse as possible, but to be honest, they lack depth. The only characters that have depth are me, or those close to me. I lack character diversity.

The character themes are my first step into getting rid of the me-clones populating my stories. Their purpose is to distance myself from my characters and let them do the talking and reacting based on their established traits. I’m going to be as authentic as I can and let my own set of values interfere with theirs. This strategy isn’t perfect, but it’s only the first step.

Liliana is a strong, confident military officer who has faced many adversities in her life, as you’ll read below. The problem is, I’m nothing like her. I’ve not experienced anything that she’s experienced. I’m neither strong nor confident (in person) or been in the military (apart from a brief stint in naval cadets in high school). Also, making the white male elephant in the room noticed, I’m not a woman.

The debate about the diversity in stories is a complex issue that is intersected by a horrific history of discrimination, marginalisation, cultural displacement or destruction that still resonates today. Even in the writing industry, there are significant equality issues. Authors of colour, authors with disability, queer and trans authors are severely underrepresented. There are voices that are not being heard that deserve to be heard.

One of my favourite episodes in Star Trek was from Deep Space Nine called Far Beyond the Stars. Captain Benjamin Sisko has a vision set in 1950s America where he is a science fiction writer. In the episode, it highlights the struggles of a black writer trying to tell a story about a black space captain. I’m not going to sit here and say I could appreciate the story fully. My realm of experience doesn’t fall anywhere close. I know the whole story was not meant for me.

It taught me, however, that as a writer I need to be careful that I don’t marginalise or patronise voices. I’m not going to avoid writing characters of different genders, colours, religions, sexual orientation or with a disability. But I’m not going to go in and say “I’m an artist. I can’t be restricted.”. What I want to try and do is get people’s input. It’s one of the main reasons I’m posting my plan as I go. I want my characters as authentic as they can be, given the science fiction context. Please help me. make this a collaboration.

The characters in this project are based on science fiction stereotypes and tropes throughout the past one hundred years. As you read the identity theme below, keep in mind that Commander Belle is based on 1980s-1990s science fiction tropes. However, please do tell me if I go over the line.

Question 1: If you had three wishes what would these be?

Question 2: What is the most important issue in the world today?

THE EMPIRE! For some reason, the EMPIRE wants to stamp over everyone and everything, even when it hurts them. They conquer worlds and systems for the fun of it, not even if it benefits them. For some reason its followers allow themselves to be clearly manipulated. Can’t they see their leaders are using them? It’s ridiculous. We’d be better off helping the underprivileged in their struggle against their oppressors than negotiating with their cruel and barbaric leaders. In saying that, I know that a peaceful solution is the only way this permanently stop this madness. Inciting a war will only bring death and destruction, and that is not the way the Planetary Collective works.

Question 3: Is there anyone you would die for? Who? How does that make you feel?

I’m a Planetary Collective Force Officer. It’s my duty to risk my life to save others. There is not one member of the crew I wouldn’t die for, especially my Captain. He’s a courageous leader, and an honourable man who I know would sacrifice his life if it meant the safety of the crew.

Question 4: Where would you like to be in twenty years? Why?

I’ve wanted to be a Fleet admiral like my father, since the day he saved my life and the lives of the Omicron colony from EMPIRE attack during the war. The settlement had been bombarded for days, though it felt like weeks. Our resources were dwindling, and the EMPIRE knew it. The PC fleet had been scattered, decimated by the ongoing conflict. My father, Admiral Victor Belle, gathered what few ships he could and pushed the enemy back. It was the turning point of the war. He gave his life that day, and it’s my duty to fulfil his legacy, to bring peace to the galaxy.

Question 5: If you were able to erase one memory, which would it be and why?

Serving aboard the Yorktown under Captain Billiam J Dirk. I was the Captain’s Yeoman at the time when Yeomans were still a thing on starships. These days it’s a highly outdated concept. Only the admiralty use them on stations and what not. Anyway, I was basically his personal assistant or ‘secretary’ as he likes to use the archaic terminology. In his mind, with emphasis on the C. Many times, I would hear him and the ship doctor making jokes in his ready room. It would stop when he called me in for some stupid thing. As I turned to leave, I could hear the muffled giggles and the eyes staring me from behind. So much for social progress.

Well, one time it went too far. We rescued a teenage boy on some desolate planet. He’d been there for who knows how long by himself. Turns out though he had these weird-ass powers and the emotional maturity of a five-year-old. Pump in some teenage hormones, and you got yourself a problem. For some reasons, he fancied me. In the beginning, it felt like he just had a crush. I remember having those at his age. But things went a little too far when he forced himself on me. I went to the Captain and made a complaint. He wouldn’t do much about it; “Boys will be boys,” or some crap like that. It wasn’t until the ship was in danger that he tried to do something about the boy. In the end, the kid’s alien parents showed up and took him home.

I made a formal complaint about the Captain and got a transfer.

I hear the “Captain” isn’t doing too well for himself. Good!

Question 6: What is your biggest fear? Why?

To be perfectly honest, I’m not sure. I have fears but my biggest fear I can’t really put into words. It’s a fuzzy feeling, a sort of emptiness in my life.

I’ve focused on my career for most of my adult life and have not had much time for relationships and what not. The military doesn’t lend itself for sustainable relationships. I could date someone onboard the ship, but that would be awkward. I’m the first officer, besides from the captain I outrank all the crewmen and not many of the non-military guys want to date a second in command. Mum always talks about my lack of success. It’s like my relationship status is more important than getting the Medal of Courage. I digress.

Is the emptiness in my life because I don’t have a man in my life? I hope not.

(NB. I want to make it clear now that this is not what she fears but what she think she fears. This is not going to be a story where the strong female character is only complete with a man in her life.)

Question 7: What gives meaning to your life?

Serving the Captain, the PCS McGuffin and the Planetary Collective. Plus I get to visit weird and unusual places and meet incredible people. It’s just all so thrilling, being out here on the outskirts of what is known and peering into what is unknown. I wish we were out here on the edge more often.

This identity theme is not set in stone, so there may be glaring inconsistencies I have not seen. If you see anything let me know, or add comments, suggestions or ideas on our Facebook, Instagram or Twitter pages.

Photo by jabez Samuel on Unsplash