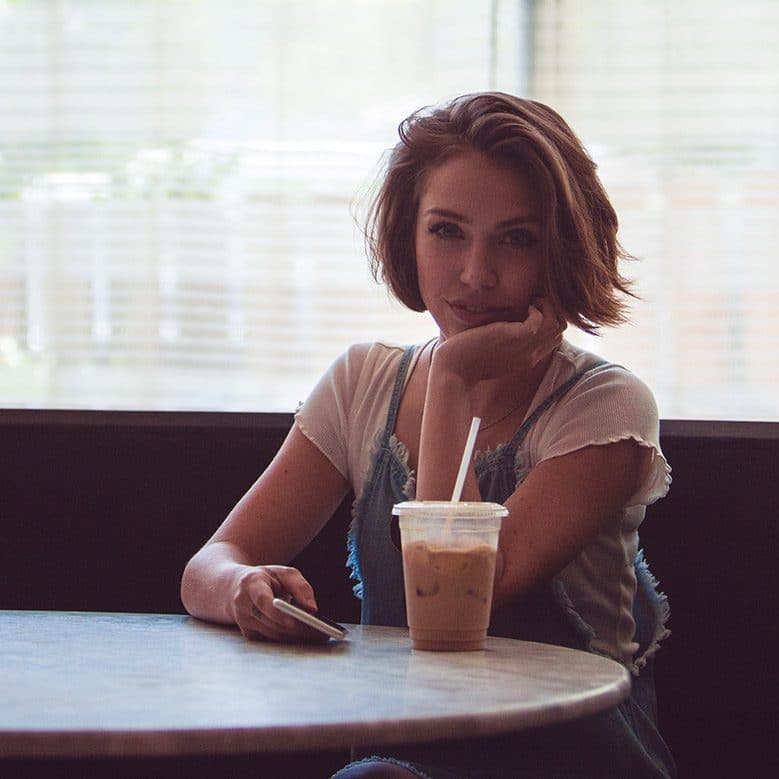 Hilda sipped her iced mocha as she waited for the end of the world. As previously observed, the 707 from Hillgarden dropped off its early morning passengers, mostly council workers and custodians of the local shops and eateries. Some would come in order their usual beverages, generally uncomplicated drinks and the occasional large iced skinny hazelnut macchiato with sugar-free syrup, an extra shot and light ice.

But that was the usual. Hilda was looking for the unusual, the reason she had been coming to this coffee house for the past three weeks. She had a mission to fulfil, to save the world. Checking out Carlos was a benefit.

She looked around the outside of the cafe. On one end of the street, a couple of council workers were paving the same patch of road they had been for the last two weeks. Down the other end, there were a few stray cars and bikes, a bakery truck delivering bread, and a vagrant being abused by a local store owner. Their baristas were cute, but the 21st century still had a long way to go towards equality.

Nothing was out of the ordinary though.

Hilda took out her ‘phone’ to scan for temporal anomalies. At least in this day and age, she didn’t have to keep it out of sight. She could pretend to play Pokemon Go, and the locals would be none the wiser. Afterwards, though she would play it, as there was nothing else better to do. The scanner revealed nothing, and the phone was only picking up magnemites which were common in the area.

So, why did all the scanners at the Temporal Institute indicate that this was the focal point of the Earth’s demise? The institute could only detect the general times and places of anomalies in the timeline, that’s why agents were sent, to investigate the details and if possible prevent it from occurring.

So, every day for the past few weeks, she’d observed and catalogued every single detail around the café. She analysed every building from pipe to wire, performed background checks on every worker, shopper and Carlos, who had been single for a surprisingly long time.

If the world did end, it wouldn’t be the end of the world. As a Time Agent, she was protected by most changes in the timeline. If she couldn’t work out the means of the Earth’s destruction, the agency could pick her up and send someone else to try and fix it. But she wouldn’t be able to return. If she did save the world, at least she could stay for a little longer. Just make sure Carlos and everyone else was okay.

Clouds came over from the seaside, bringing with them a little early morning drizzle for the next set of passengers on the 709. This time bringing a few more workers, a couple of businessmen and women looking all professional, a few students and a smattering of T.A.F.E teachers carrying boxes marked assessment who were walking as quickly as they could to get out of the rain.

At that moment, there was a ping on Hilda’s phone that caught her attention before she could find cover. She looked. She couldn’t believe it. She had been waiting for this moment. A wild lapras. She had to get it.

She raced back into the coffee shop, drenched from head to toe and annoyed to no end. Not only was she no closer to finding out how the world was going to end, but the bloody lapras had escaped her clutches despite using half a dozen ultra balls.

The smell of coffee permeated through the air as the baristas, Carlos included, went into high gear. The shop was standing room only as patrons and non-patrons alike were crammed together, trying to keep dry. It was uncomfortable, but watching the 21st-century coffee artist was worth it. She had no idea how the machine he was using worked, as most foods were dispensed in pill form at the agency. Nonetheless watching him twist the knobs, grind what she assumed was the coffee and foam the white liquid until steam washed over his chiselled face made her weak to the knees.

And it had been a while.

Her supervisor had checked in on her, interrupting her intent observation of the ‘local wildlife’. There was nothing of interest to report. Upon hearing this, her supervisor, Kelly, said she would scan the timelines again. This usually took a little time as all temporal changes took time to ripple through, for those outside the timeline at least. The rules for time travel were confusing.

The distraction though had caused her to lose sight of Carlos. She looked around. Where was her primitive beau? Fuck you, Kelly.

She knew that Kelly would be the one to replace her if she failed. The first thing the bitch would do is erase her time here. She would remember Carlos, but he wouldn’t. To top it all off, she wouldn’t be allowed anywhere near this place and time again, to be safe.

Kelly contacted her again. They didn’t know what was going on. One moment the Earth was back, the next, it was gone again, but the time and place of destruction were the same.

She checked her ‘phone’ again. Still nothing. That bitch is trying to fuck me up on purpose. She reported the lack of readings. ‘That bitch’ warned her to keep vigilant. What did she think I was doing? She had suggested that a second agent may have to be sent. I knew it! She knew Kelly wanted to have that sexy Carlos in his tight white shirt and ripped styled blue jeans all to herself.

The rain had ceased outside, the non-patrons clearing the room. And best of all her bae was back, reading a note he found on the table. She forgot her frustrations as she lost herself in his chiselled features. He was like a Roman god of old. He noticed her looking and him, making her blush. He gave her a wink and gestured towards the back alley.

Her legs nearly fell from under her. Was that a signal for her to follow? They’d had a smattering of the usual ‘how’s your day’ conversations during the past few weeks, and she had attempted to flirt, being awkward in the process, but nothing had indicated that he was interested.

Fuck it! It was a perfectly ordinary day. The world wasn’t going to end. No fraying threads were threating to tear open the fabric of the universe and the man of her dreams had just invited her to come with him to the back alley, and she was more than ready to show him how 25th-century women did things.

She was still drenched, but she gathered herself up as much as much as she could, pulling her hair back, fixing her skirt and blouse. She quickly looked out the window, seeing her reflection. For a moment she looked a little older. She blinked, and the image was gone. She gave a wicked grin.

At the door, she felt an electrical sensation surround her body. She was ready. A notification pinged as she turned the corner. Probably another magnemite. She ignored it. But as she entered the alley, she looked up to see Carlos, his jeans down to his ankles and an all too familiar woman on her knees, although a little bit older.

“Shit!” The woman exclaimed. “I thought they’d already erased you from the timeline.”

Carlos did a double take.